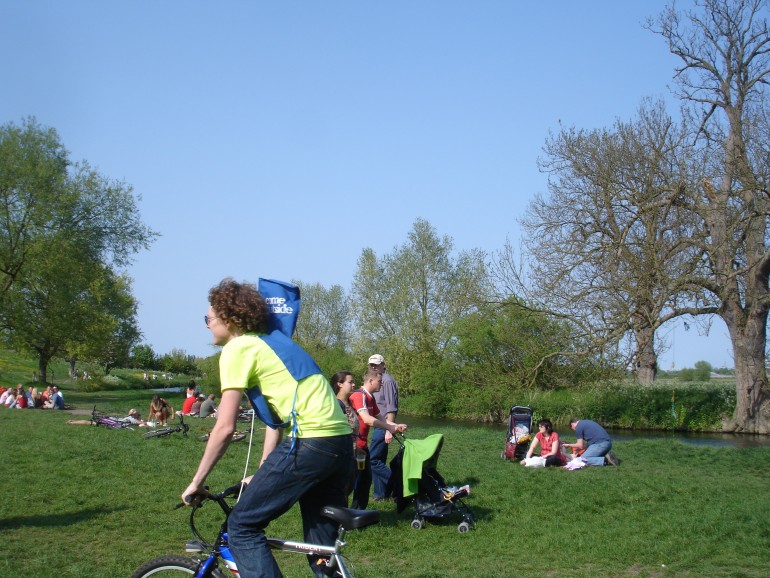 Twenty people (per performance) on a two mile (3.21km) bike ride using customized bicycles, which were augmented with tailor made dynamo battery chargers. At the destination point, the energy generated as participants peddled was harnessed and pooled together to boil a kettle for a cup of tea. The act of boiling the water, illustrated how much energy it takes to create one of the most simplest (often daily) acts – making a cup of tea. Accompanying the tea making ritual, an informal performance-lecture on the equations, which supported the energy transfer relating to the bike ride was given.