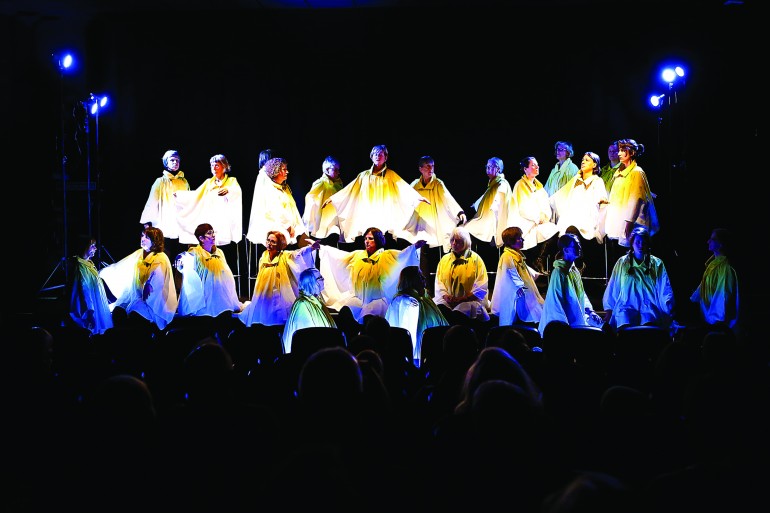 Sound reenactment and choral performance for a 5.1 cinema space.

During WW1 numerous women known as ‘Canary Girls’ worked in Shelling Factories packing TNT into the shells and bombs. As TNT was poisonous their hair and skin turned yellow, hence their nickname ‘Canary Girls’.

On of the largest factories was the National Shell Filling Factory, No. 6 near Chilwell. This piece draws on historical sources, such as war archival material and interviews with women who worked as Canary Girl’s.

Using archival information about the size and materials used to build the factory and in particular the ‘The Great Store’ (which was over 30,000 sq metres) an acoustic model was created and further populated with sounds drawn from early 1900 factories. This generated numerous samples, which were used to create a background industrial track that is played into a cinema space.

Using the acoustic properties of 5.1 cinema space, over this industrial track a choir composed of 25 volunteers performed a series of extended vocal techniques, through which extracts of popular, anti-war songs from the period were sung.

Phoenix, Leicester and the Cutting Room

Interview with Chris Tyrer, Phoenix about the making of the work: here