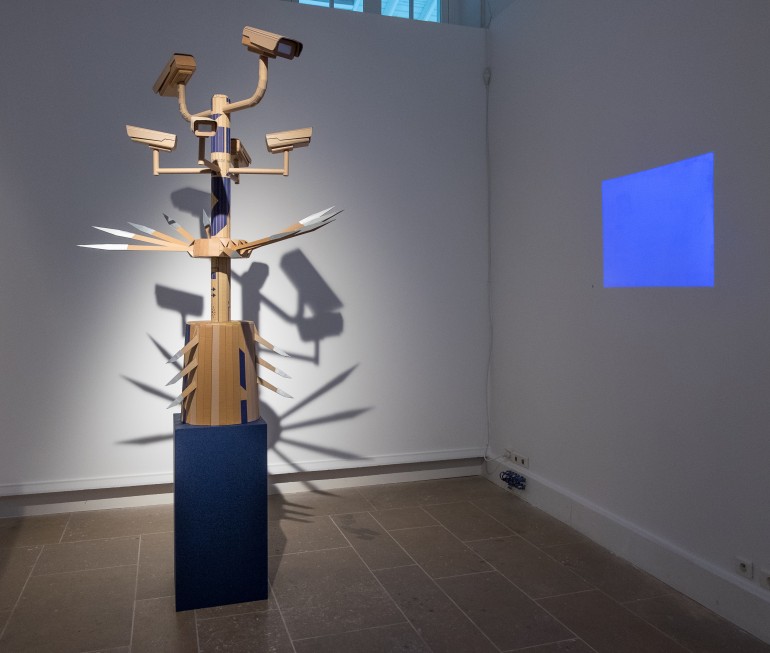 Since the late 1960s Closed Circuit Television (CCTV) has become a dominant feature in many of our cities. Central to CCTV upkeep and maintenance is the addition of metal or plastic spikes, which are aimed at deterring birds from perching or nesting in the camera arms and defacing its body. Warding off the feral, the spikes are a form of defensive and hostile architecture (Borden, 2014, Atkinson, 2013) and unpleasant design (Savicic and Selena Savic, 2013). Similarly Bird Free Gel, which is considered as a ‘low-profile’ solution as it not visible from the ground or to the human eye is also a form of defensive architecture. Composed of natural food grade oils that contain ultraviolet light (UV), birds are put off by the gels smell and taste but as they also see in UV, perceive the gel as fire, which causes them stress, affecting their nesting and flight patterns.

AMHARC (pronounced arc) is a call to recognise the non-human affects surveillance architectures have on other creature’s habits and ecologies. Part replica, part totem pole, AMHARC is composed of recycled Tetra Pak, Amazon delivery and other cardboard boxes. The work accentuates the spikes, transforming them into bird like wings, while the UV paint acts as a signifier of the gel, a window and screen, whose low glow articulates the ‘always-on’, pervasive state of surveillance.