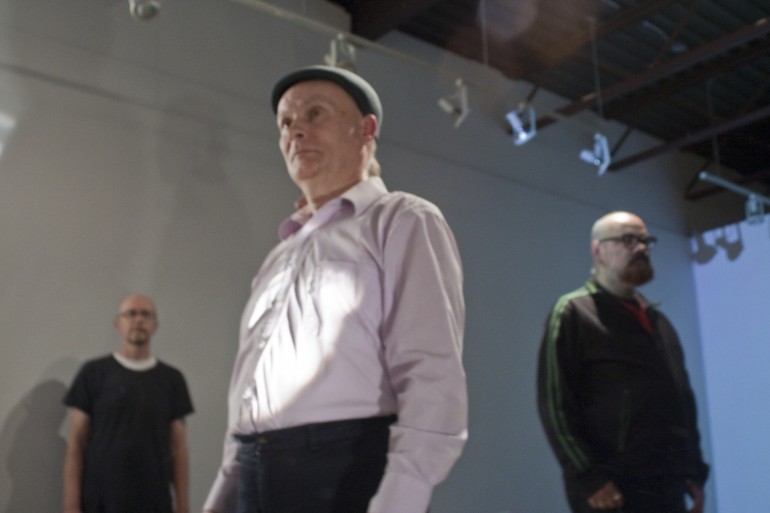 “Irish artist Teresa Dillon’s piece was improvisatory, in the moment, and trace-like. Having invited men over fifty to collaborate with her on a work that combined visuals and music, Dillon and her small entourage had created the performance earlier that morning. Lights dimmed, patterns pulsed on the screen on the back wall. Andrew Paterson appeared with an electric guitar and began playing a low, repetitive refrain, the other men following with microphones singing ditties reaffirming their desires and life. Dillon meanwhile literally hissed into the microphone, her voice seeming to come from a megaphone in some old revolution. In the end, Dillon’s piece had a slow, beautiful violence to it that got under one’s skin and is ultimately difficult to describe”.